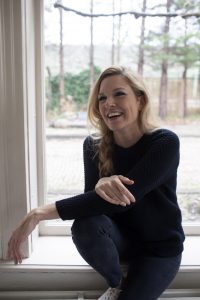 Hi there, welcome to ‘The Nono Notes’! My name is Manon Proper. I’m married to Jorn and in a little over two years’ time, we became the parents of twins and triplets. Yes, indeed, five kids in two years’ time… I believe it is fair to say that we have won life’s Jackpot! Julie & Bas are twins, born in March 2014 and Hannah, Faye & Cécile are our triplet girls, born in May 2016.

We live in Leiden, The Netherlands, in the house I grew up in. It is an old house located next to a typical Dutch windmill. Although the house has many shortcomings (when I say “many” I mean “MANY”), it carries mainly lovely memories, with hopefully many more to follow!

One of my favourite memories is about the pet I had as a child. Whilst most kids in my class would have a dog, a cat, a rabbit or a guinea pig, I had a duck. Yes, a duck. Not just a small ordinary duck, but a humongous white and black coloured duck. It would sit on my shoulder all day long and join me while watching television (all the poo-incidents included). Also, whenever there would be a play or performance at my school, I would always make sure there be a special role in it for my duck. I named my duck ‘Nono’, which, ironically, was my own nickname. My two younger brothers found ‘Manon’ too difficult to pronounce, so ‘Manon’ became ‘Nono’. Apparently, my parents found it completely normal that I would name my duck after myself…

So here I now find myself living in my old house, with my very young and rather large family.

A few days after the triplets were born, I started posting on Instagram pictures and videos of our daily life with the twins and triplets. I can assure you, those were the busy days! Despite the chaos – or maybe as a result of the chaos – I always found myself in funny situations with the kids, which I thought would be a waste if not shared with other people. However, I never could have imagined there would be so many people interested in following our squad!

Also, through Instagram, I have been receiving many questions from other parents about parenting and all sorts of practicalities that come with raising small children. This is why I decided to set-up a blog, as the perfect way for me to write about the – often funny – situations I find myself in, and to share my experiences, routines and tips about raising young children. Don’t get me wrong, I don’t see myself as an expert if it comes to parenting – rather as a complete Nono, but at least with five small children I do get a lot of practice! 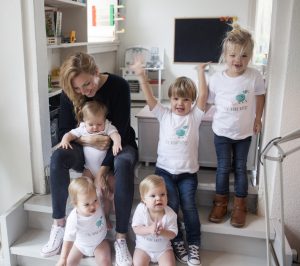